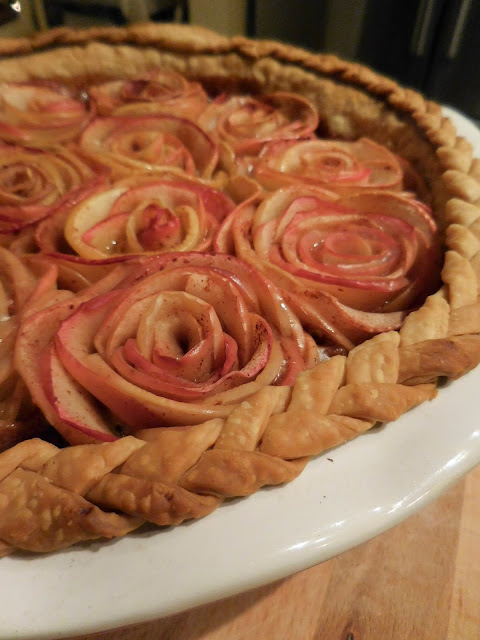 I'm running about 2 weeks behind on all of my blog posts and here is yet another late post on my end of the year baking and cooking adventures. This recipe is a twist on your classic homemade apple pie combined with a touch of pecan pie and a bit of flare to top it all off. The pie itself is not hard to make, but will take some time to assemble all the roses. I like to call this the "mother-in-law" pie, a dessert that's dressed to impress even the toughest critics. 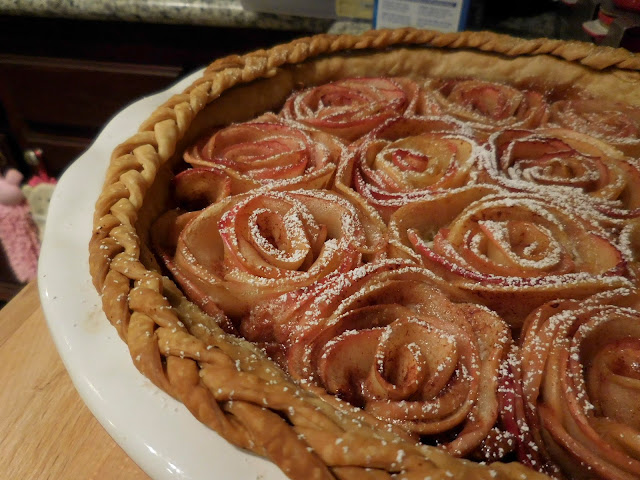 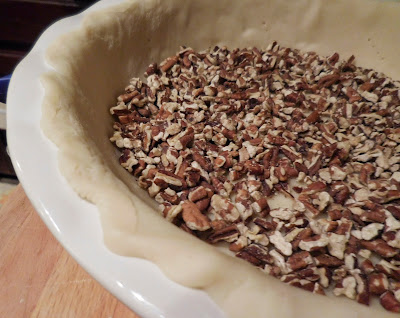 In a separate bowl mix together sugar, cinnamon, nutmeg, and salt. Sprinkle mixture evenly over pecans.
Next, cut your apple! Slice into 2mm thick slices. 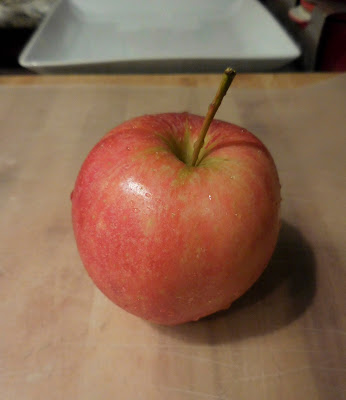 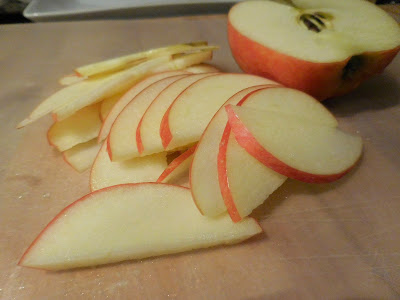 Lay out apple slices on a plate and microwave for 30-60 seconds until apple slices are soft and malleable. I usually divide the apple slices into 3-4 batches to microwave. Sprinkle lemon juice and just a dash of cinnamon over apple slices. 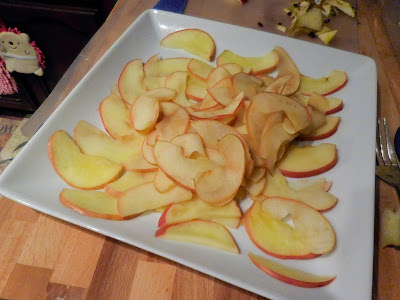 Now the fun part! Take one of the smaller apple slices, roll the slice to create the center of the rose. Layer apple slices in a clockwise fashion with about 1/3 of the ends overlapping to create a beautiful rose about 1.5 inches in diameter and place into sugar/pecan mixture. 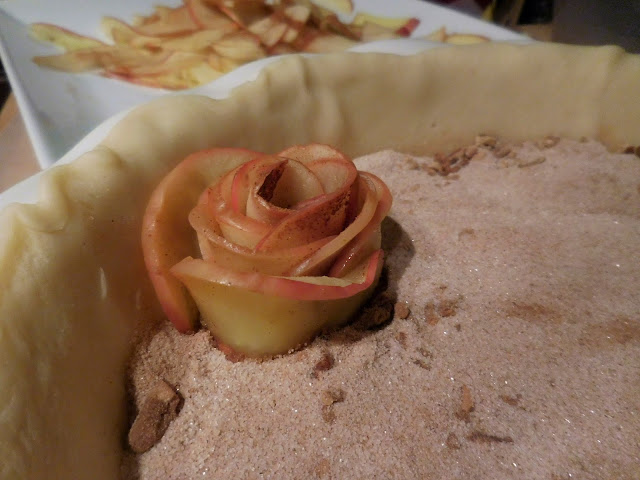 Repeat until all apple slices are used. I place the apple roses around the perimeter of the pie first, then fill in the center after. I used 9 roses for the perimeter and 3 for the center. 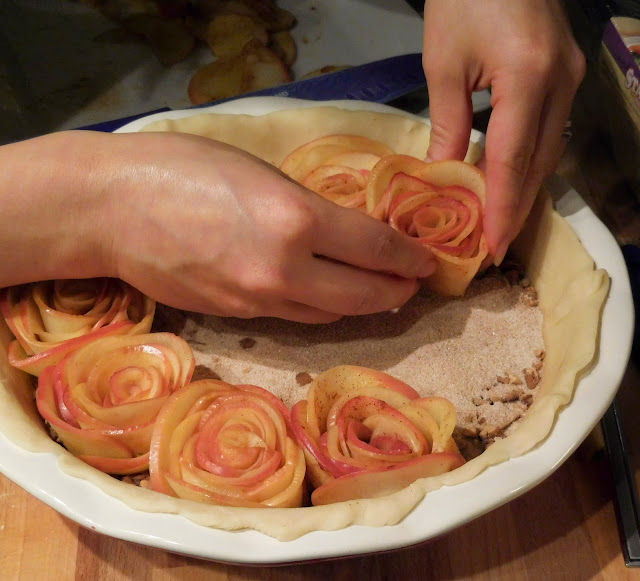 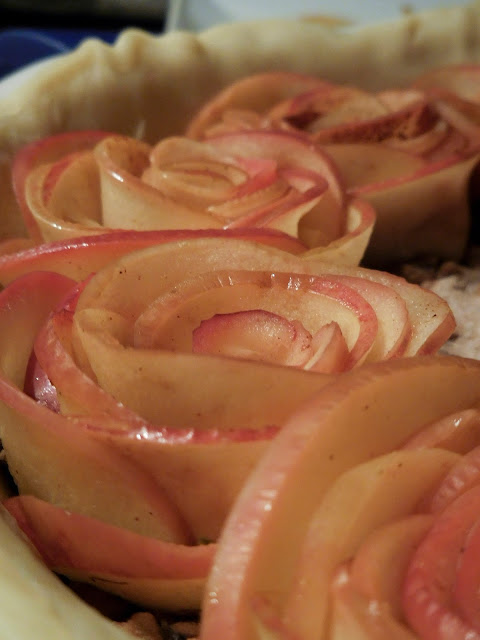 Roll out your second pie crust on a floured surface and cut 1/2 inch strips. Press strips together end to end until you have a strip that is 3 strips long. Braid your pie crust strips. Place crust braid around the edge of the pie crust, pressing braid into the pie dough just enough to get it to stick. Cut off any excess dough. 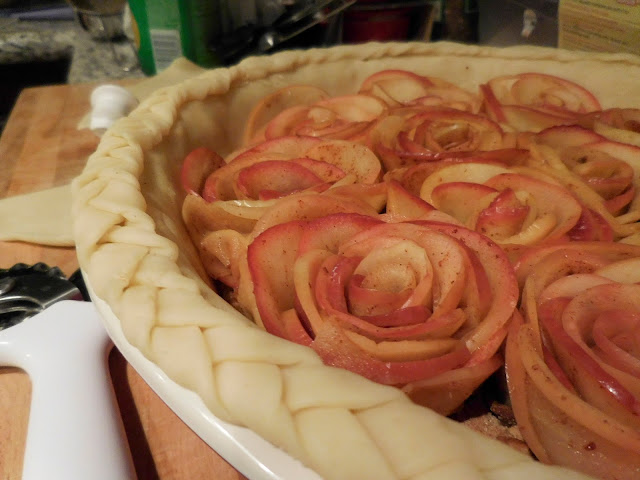 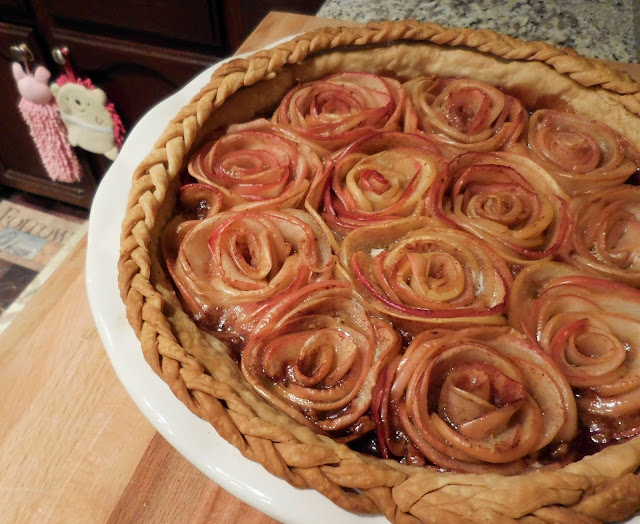 Let cool for 5 minutes then dust with powdered sugar and serve warm. 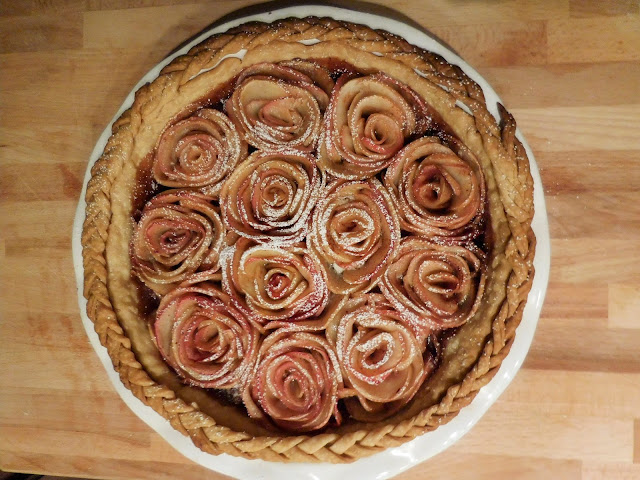 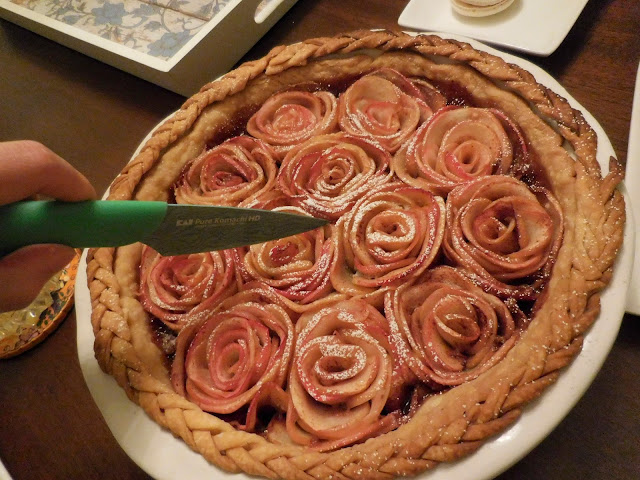 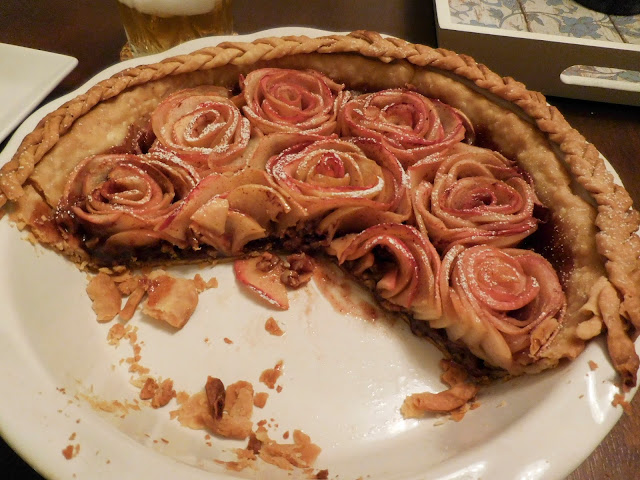 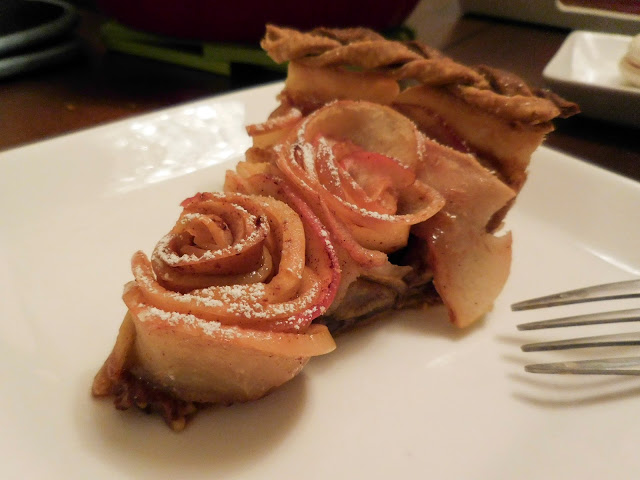 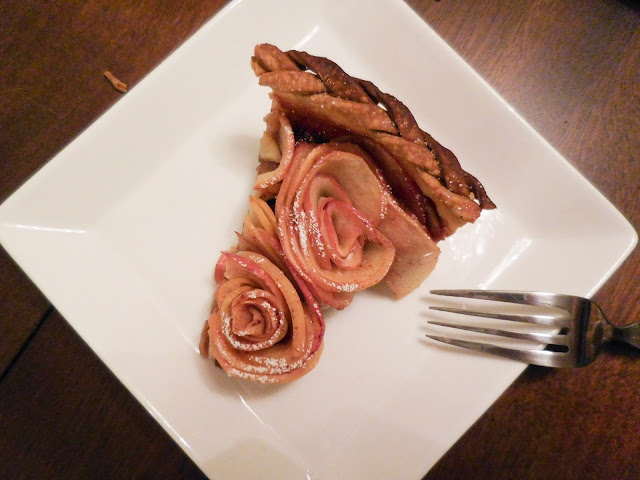 Now all that is missing is a nice scoop of vanilla bean ice cream!
Posted by Vivian at 10:35 PM