It's going down, I'm yelling timber!

What could be better than playing Jenga with friends? Playing GIANT Jenga with friends. This game brings me back to the days when we would go to the Barcade in Fishtown Philadelphia then stroll on over to Frankford Hall, a German-style beer garden, for a few drinks and a nice game of classic building blocks. Imagine my excitement when we found a giant jenga set at Ritual Brewing Co. right here in Redlands. We had so much fun with it and knew we had to make a set for our wedding cocktail hour. Now that the wedding is over, it serves as the perfect backyard prop for barbecues, parties, and all sorts of get-togethers.

Fun Fact from good ole Wiki:
Jenga is derived from a Swahili word meaning "to build." 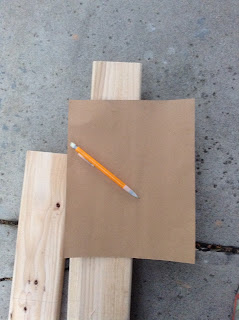 We couldn't find our long measuring tape so we ended up using a sheet of paper cut to 10.5 inches to mark each 2x4 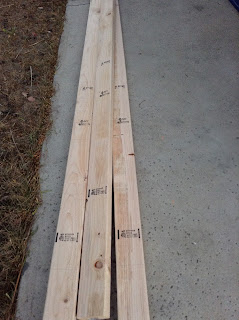 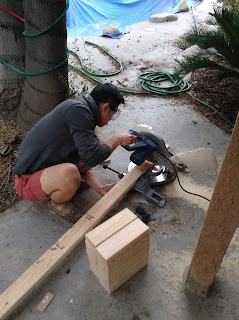 We ended up buying 8 2x4s to make 72 blocks since we were going to split them into two sets and put them on tables so nobody would have to bend down in formal wear to play.

We used a ryobi orbit sander for the job. 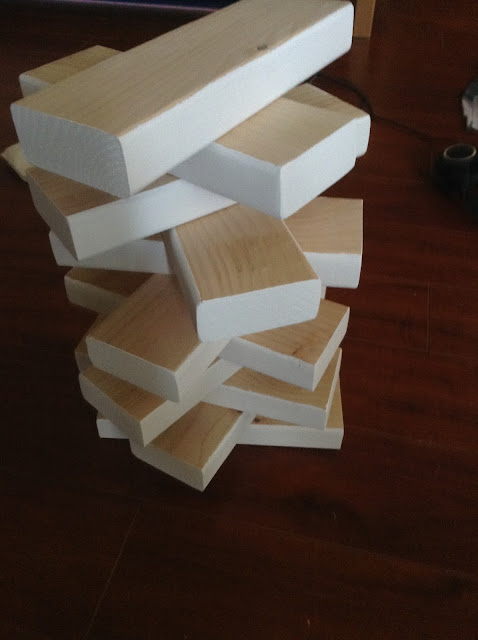 We wanted to makes sure that the blocks would be able to slide against one another relatively smoothly so we decided to only paint the sides to avoid paint sticking between the blocks.

Using a towel, rub hemp seed oil over the entire block including the paint. This will help seal the wood and prevent molding if you leave the blocks outside. Hemp seed oil is edible and harmless so it's safe for use around kids and pets. Better and safer than chemical stains/seals. It also brings out details of the wood grain and gives the wood just a tad more "slip" to make the game a little easier to play.


Leave wood blocks out to dry for 24 hours before use. 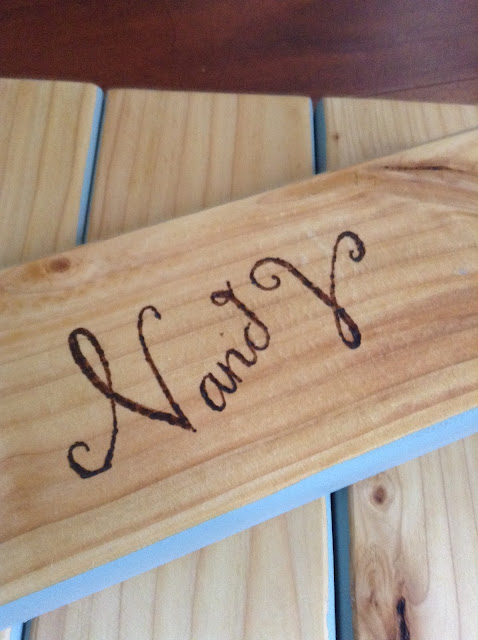 I wanted to add the final touch to these wood pieces by engraving our initials on the blocks, since after all, they were going to be part of the wedding.

I bought a wood engraving kit from Michaels which includes a "hot tool" and different tips. The tip of the hot tool basically burns the wood and you can use it to draw whatever design you want.

****CAUTION****
These heat tools are very very hot. They can go as high as 700° F. Do not use around kids/pets and be careful not to leave it near anything that can melt/catch fire. 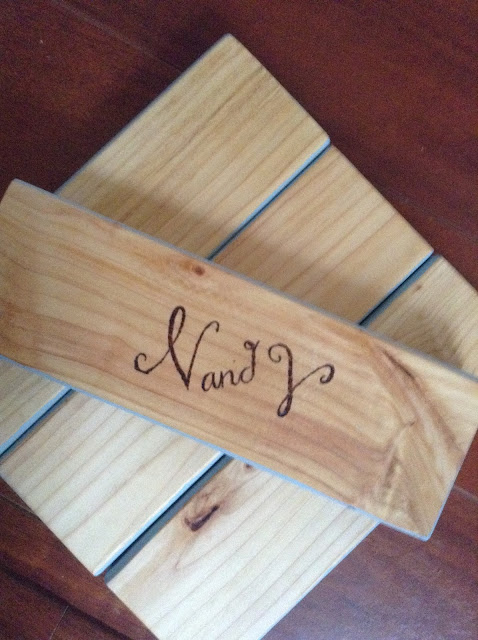 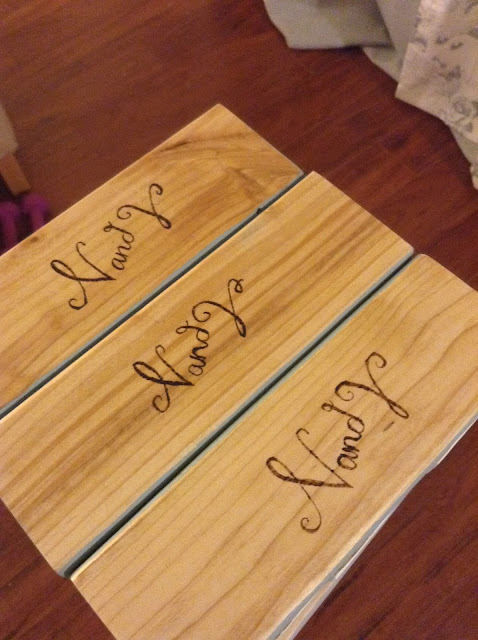 In the end it took so long to engrave the blocks I only had time to do 6 of them, 3 for the top of each Jenga stack for when I split them into two sets.

In the words of Ke$ha:
"It's going down, I'm yelling timber!"