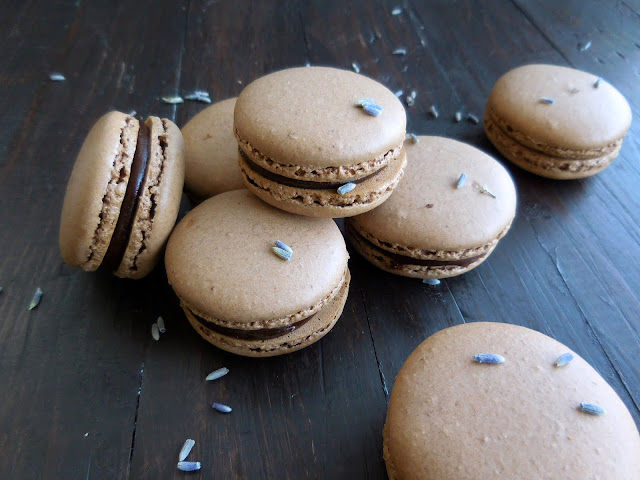 Since we're on the topic of lavender, I figured I might as well throw in another lavender inspired recipe. This one in particular was inspired by A La Minute's chocolate lavender ice cream. Now if it works as an ice cream, why not turn it into a macaron? With a chewy chocolate shell and a lavender infused chocolate ganache, this macaron is nothing short of decadent goodness. 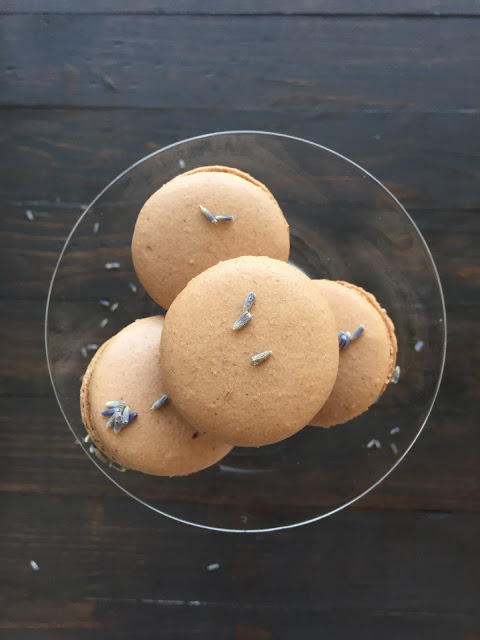 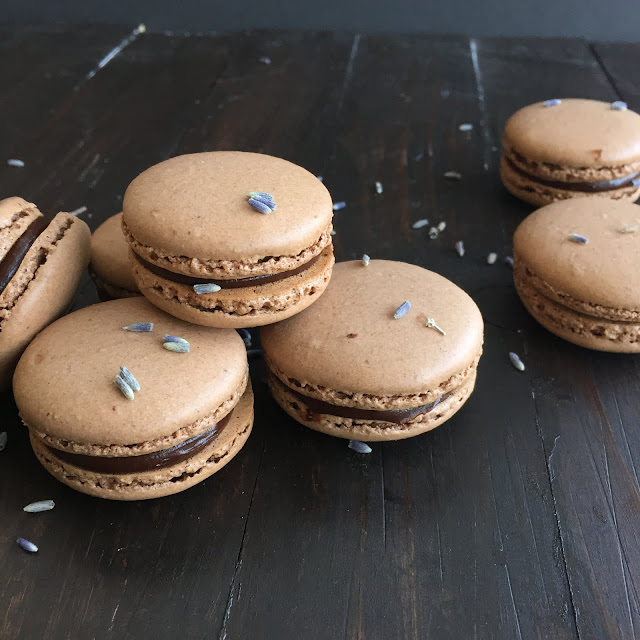 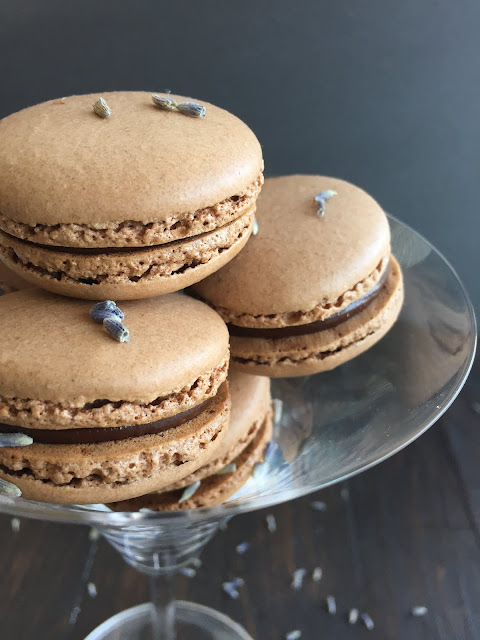 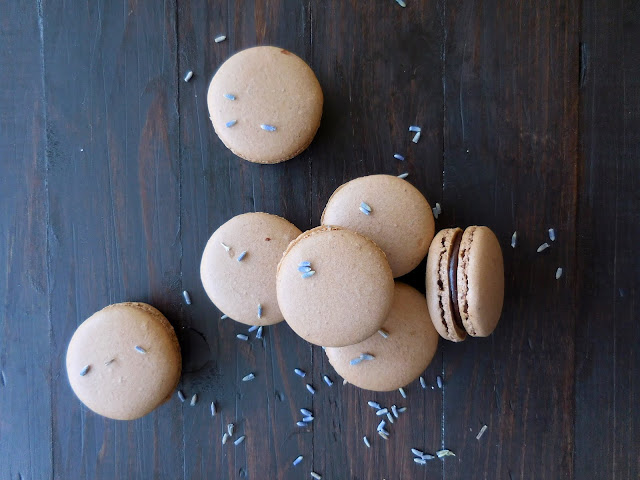 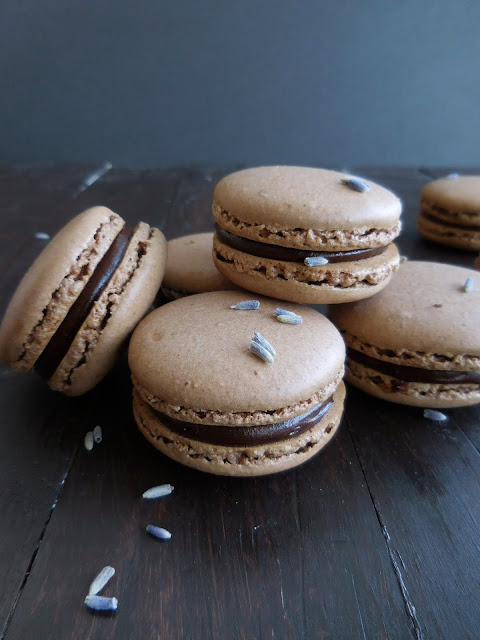 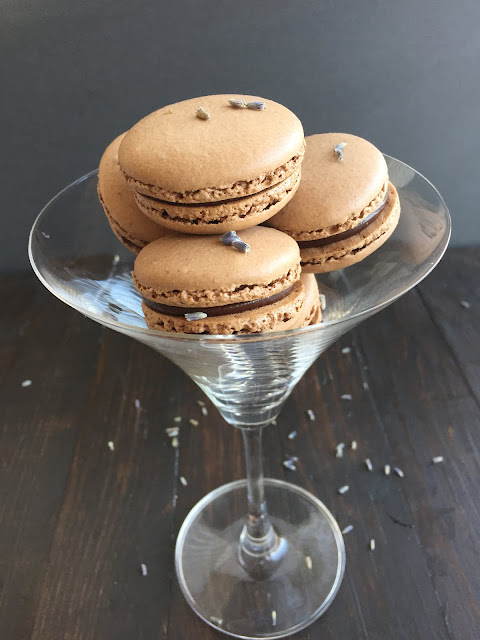